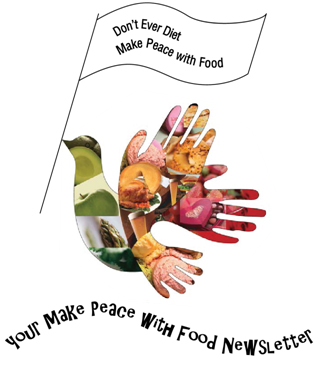 Well, we made it!  New Years has come and gone and here we are at the very beginning of a new year, 2016!

Over the holiday week, I got to see my folks who live in Boca Raton, FL and then spent a few days withmy brother and sister-in-law who live in North Miami Beach.

What I want to share with you are too great restaurants that I went to, one in Boca Raton and the other other in North Miami Beach.

Now in Boca, the restaurant was called Mozart Cafe.

So now basically, Mozart Cafe is a kosher dairy restaurant and the dishes are extraordinary and the portions were extremely generous!!!  I ordered The Crispy Salad which had mixed greens, peppers, cucumbers, red onions, tomatoes, feta cheese and the BEST EVER sweet potato chips that I have EVER tasted!!!  The menu also offered a large range of appetizers, calzones, pizza, foccacia, paninis and pastas. The ambiance was really lovely and I know that you won’t be disappointed.

Now the second restaurant that really rocked was in North Miami and is called Shuckers Bar and Grill www.shuckersbarandgrill.com

Shuckers is a waterfront grill restaurant that is located on the island of North Bay Village in the heart of Biscayne between Miami and Miami Beach.  They serve lunch and dinner daily and have a wide variety of bottled beers. Shuckers also has a 45 foot pier which can handle your boat while you’re parked to eat and you can eat either indoors or outdoors!!  The view is awesome and the food really rocked OMG—especially the Key Lime Pie-outstanding!!!!!

So the next time you’re in the Miami area be sure and check it out!
Again, it will not disappoint!

So I hope that you had some food fun over the Holidays and are ready to take on 2016 and know that “All things are possible to those who believe!”

Appreciate where you are in your journey,
.
Even if it’s not where you want to be.
.
Every season serves its own purpose.
.
.

.
Food and Culture
.
So today let’s think about how food can be used to create art and to demonstrate that I found artist Terry Border and his Bent Objects Project.
.

.
In  doing some research about Terry Border, I found that Terry spent most of his life in the Indianapolis, Indiana area and that he graduated from Ball State University with a B.S. in Fine Art Photography. For many years Terry only did photography but found that he wasn’t really content withthat so that in 2006 he started what he calls his Bent Objects Project.

What Terry concerned himself with was adding wire to ordinary objects to help pose them as living characters (like the two slices of white bread as seen above!) and then have them tell a story which he then goes on to photograph.

People really like Terry’s work and as a result he now has two published books which showcase his Bent Objects Project both of which are published by Running Press.

So now below are some more of Terry’s very unique and creative work which lets you see food in a new “artistic” form of “status.”  Not “just” – as something- to chew and eat 🙂

I love everything vintage.  So the other day I got to think, “Sora, if you grew up way back when what kind of food posters would you see??”  So here are some of the vintage food posters that I found that made me smile.  I hope that you like them as well!

So again, I hope that you see how food isn’t something that is only chewed to be eaten and that we struggle with in our desire to be thinner and healthier but it’s also something that can entertain us whether it be part of an art project or a poster advertisement!